A couple weeks ago I actually bought some chemicals and other supplies to start developing black & white film, again. I decided that if I’m going to take a lot of film photos, to curb the cost of developing many rolls of film, it would make sense to start developing my own, especially since I’m mainly taking photos to test specific cameras – to be sure they are mechanically sound.

Since I used it before (many, many years ago) I’m using HC-110 as my developer. It looks like dilution B (1:31) will work well, and my time will be about 6 minutes, 10 seconds at 69 degrees F. I like to see what the room temp will generally be, and then find the time that works best at that temp. I don’t have equipment, or facilities to make it easy to develop at temps higher or lower than my ambient room temperature… so, that’s my plan. Trying to make things as simple as possible.

I’ve developed a few rolls so far – all 35mm. I’m getting pretty good at rolling it inside my changing bag (still have some bad spots on a few frames from the film touching) – but for the 120 film I want to develop, I had less luck in my changing bag. I think I’m going to have to light-proof my closet so I can roll my medium format film in the closet. The changing bag is just to small and restrictive for the 120 film – at least that’s my experience. It’s interesting how this is all coming back to me. I was very good at it 40 years ago… I hope I can be proficient again.

Here are some of my initial images – from a state park near my home. These were taken with my Olympus OM-4. 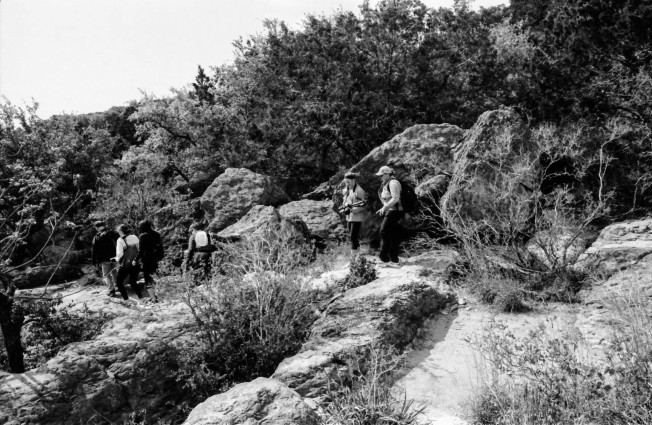 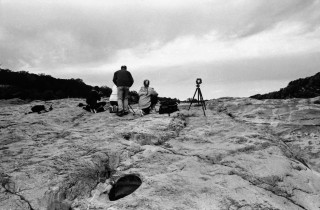 Here’s some others taken with my Nikon F2 manufactured in 1974. 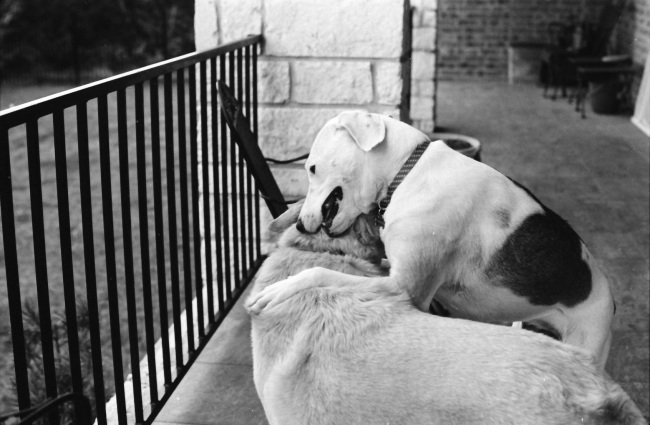 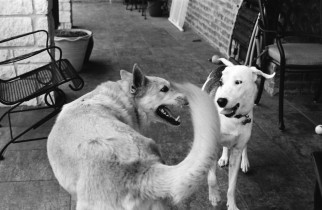 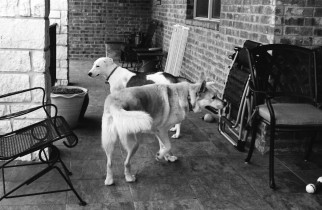 And, finally, here’s some taken with my Nikon F manufactured in 1961! 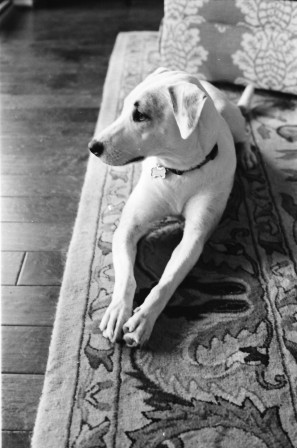 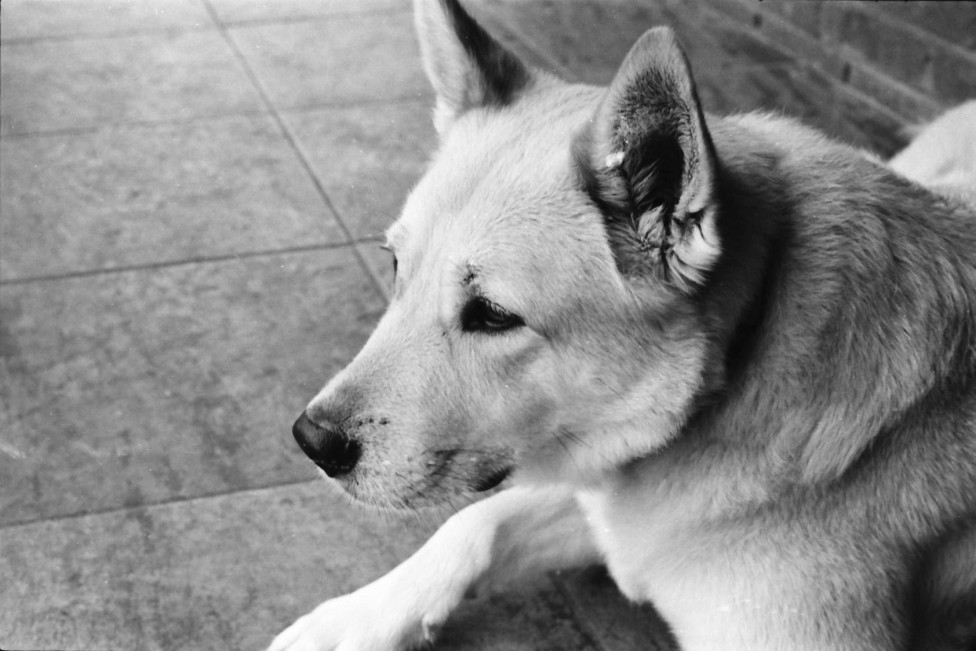 It’s good I have dogs to pose for me! My contrast is a bit high, so I may want to reduce my developing time a little.

I’ve actually been pretty impressed with both the Nikon F and F2. Although I suspect the shutter speeds are not 100% accurate on either, I was able to capture many nice images with both cameras.

I’ve encountered a few things, that I recall from when I developed before. The first thing I remember, is the dust and water stains on my negatives. This is really a pain – but modern technology makes it a lot easier to deal with than it was in the old days. I know I can do a better job drying my negatives without spots – but the dust is always an issue for me. Thankfully, I don’t have to use a paint brush and touch up paints to fix this problem today… I love the Spot Healing Brush in Photoshop!

I’m also struggling with rolling the film onto the stainless still reels for processing. I remember practicing this in high school and college – so when I struggled with loading my 120 film, that first test roll became my practice film – so, when I have spare time, I practice rolling the 120 practice film onto the reel. I shot another roll in my Yashica D a few days ago, and one of these days I’ll have the courage to try loading it…

It’s fun to do – but if I hadn’t done it in the past it would have taken me a while to learn. I have a fairly high confidence level because of my doing it many years ago.

If you want to try developing film, there’s several good instructive videos on the Internet. Watch some, and then give it a shot. With computers, we can develop negatives or slides and scan them instead of printing with an enlarger in a dark room. Today, the computer and scanner is our darkroom. Be adventurous. Go buy some chemicals and developing tanks and give it a shot! I’d love to hear your developing stories.