I have a Zeiss Ikon camera that was my dad’s from the 50’s – and the shutter and lens have some issues, so it isn’t working. Well, I found one just like it online – and just received it today. My plan was to maybe replace the shutter and lens from my dad’s camera with the one I just acquired… I shot a roll of Tri-X today and just developed it. I wasn’t expecting much – and there could very well be light leaks (since this is a bellows camera) so I wasn’t sure what to expect.

First, I had been practicing loading my developing tank with 120 film ever since my previous post about my Yashica-D and my failed attempts back then to load the film in my tank. I decided to try again today, since I received the new camera. So I went into my closet, turned the lights out, unwrapped the exposed film, and started loading it. It took me a few tries – to get it attached good enough to the reel, then to roll it without kinks. After about the 3rd attempt, it rolled smooth! It started coming back to me – and it just worked. I still had doubts (but it really felt good when I was rolling it) and I really wasn’t sure how good it would be until after developing.

I went through my normal Tri-X/hc-110 routine – 6 minutes, 10 seconds, 68 degrees. Everything seemed right. When I opened up my canister, I was very happy. No film kinks, nothing messed up – the rolling was perfect. As I unrolled the film to take my first look at the exposures, they all looked perfect! Better than I ever thought. The Zeiss Ikon along with my trusty Sekonic light meter worked great, and my exposures looked very nice. I can’t wait until they dry so I can scan them and see how well I focused.

The focus on the Zeiss Ikon is just an estimate – like many early cameras, you just set the distance by guessing – the focusing ring on the lens just has numbers for the number of feet away your subject is. I need to check this camera too because I bought it from someone in Germany – and it very well could have distance measured in meters… I’ll have to check. US sold versions had feet – but I don’t know about this one… 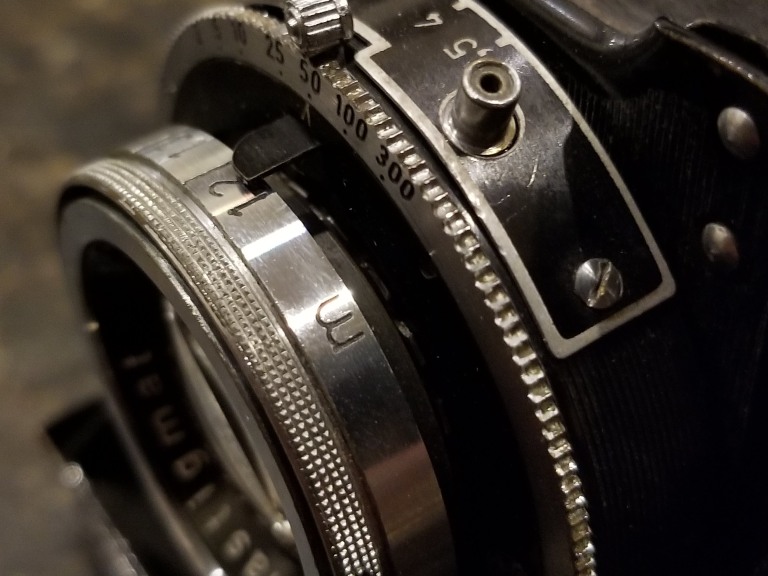 Ok – so I looked at the lens, and my focus is going to be way off… it is in meters, and I was estimating feet… oh, well. At least my exposure is good!

Here are a few of my images… the focus is not good, but the exposure is ok, and for the first time using the camera, I’m really happy! 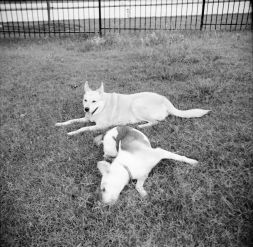 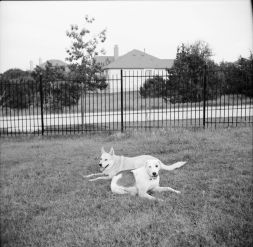 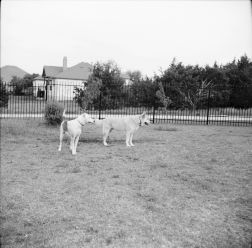 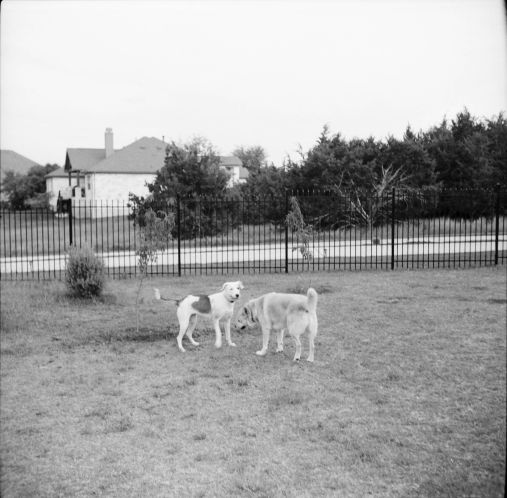 It’s fun to shoot film – even though modern digital is way easier. Because of our technology, we take capturing images for granted. People, not too long ago, worked really hard to get a simple image of the people and places they knew.

I’m starting to realize that my images don’t need to be perfect to be interesting. I’m also learning that these cameras have a history – like buying used furniture, someone else used these cameras I’m collecting. Someone travelled with them, took photos of their family with them. I’m sitting here wondering where this Zeiss Ikon has been… and what kind of photos it took. Good or bad, it’s still interesting to think about.

I hope you’re able to enjoy taking some photos with a vintage camera – maybe one you have at home and just never wanted to mess with it. Go to Walgreens, buy some film, take some photos and get them processed – or better yet, buy some black and white film and process it yourself! It’s pretty cool when you take the pictures, process the film, and get to the last step when you can finally see the images – and there actually are images!

Have a great day!

View all posts by Vince Curletta