So, after thinking about it quite a bit, I saved up, and purchased a Zenza Bronica ETRSi medium format film camera. I looked at several, and I liked the 645 format because it’s slightly smaller for carrying – and still has the advantages of the medium format negative.

This camera was first released in 1989 – so it’s relatively new among film cameras. It’s very hard to believe that’s almost 30 years ago! I am getting old.

I shot several rolls of Portra and some Tri-X as well. I’m including some of the images at the bottom of this blog entry.

So, here’s my technical impression of the hardware.

First, it does take some time to get used to using the camera. There are several features that differ quite a bit from my 35mm cameras. I think the thing that took me the longest to get used to was just loading the film, and how the interchangeable film backs work. The camera I bought came with a 120 and a 220 back. 220 film isn’t too common now, but if I ever find a roll that I want to shoot, the 220 back will come in handy. Just having interchangeable film backs is a new concept to me – but in all honesty, after playing with it for a day, I’m fairly comfortable with using them. The biggest thing for me is remembering to remove the dark slide before trying to take a photo. The Bronica won’t allow taking a photo with the dark slide in, so that’s a good thing. The other thing I’m worried about is losing the dark slide. I’ve had a tendency to remove it, and then forget where I put it while taking photos. Maybe it’s best just to leave it in the camera case, and not even use it until needed.

Third, the whole mirror and shutter mechanism is different than how my 35mm cameras work. In the Bronica, after a shot, the mirror stays up, and only returns to normal position after advancing the film and resetting the shutter. This is fine, just different. Also, the shutter is in the lens, and the process is for the mirror to go up, and then the shutter to release – so after I hear the mirror go up, I need to be patient at slower shutter speeds because the shutter itself is very quiet, and you don’t always hear the shutter closing. It takes some time to get accustomed to how this works.

Lastly, it takes some time to get used to the size and, especially, shooting with a waist level finder. Since the format is not perfectly square (not 6×6) if you want to shoot portrait format, you have to turn the camera sideways and with the waist level finder this is a bit difficult – or awkward. When I get my eye level finder it will be quite a bit easier. I like carrying the camera, but again, it is different to hold onto and shoot with. It will just take some time to get used to.

All these things are not major hurdles, and are well worth the cost to have larger negatives to work with, in my opinion.

Here are some images on Kodak Tri-X developed with Kodak HC-100, Dilution B.

my son waving, in his usual way.

My son playing with the dogs – makes a great subject.

Here are some images taken with Kodak Portra 160 in Dripping Springs, TX – a beautiful small town to visit. 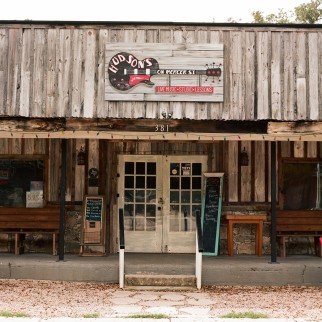 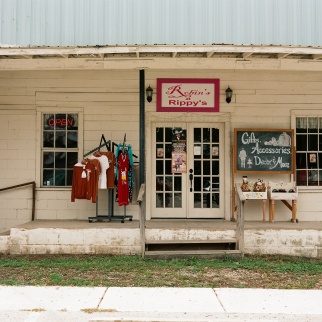 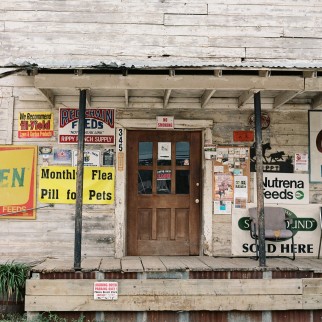 I like the bokeh with both the 75mm and 50mm lenses. Very nice for selective focusing and special effects. I also really like the 645 format, instead of traditional 6×6. I think this format saves me a little bit of size and weight in the camera itself – and I like having a rectangular image.

Here’s a couple images with Portra 400. 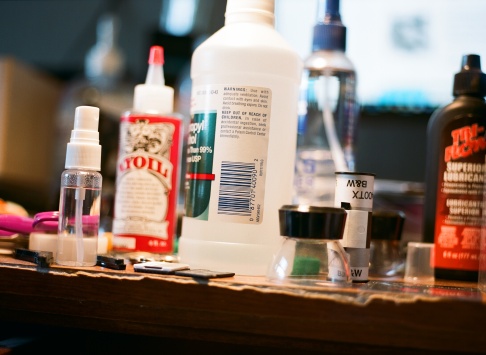 All in all, I really like shooting in medium format. There’s something good about the focal lengths of lenses, the way the images look – maybe closer to the way our eyes see things. Images just seem different/better than with 35mm lenses (maybe it’s just my imagination running wild).

The Bronica ETRSi is a good, solid camera. Not fancy, but functional. Optics seem sharp and clear. A nice alternative to the more compact film cameras I normally use. I think I will be using this camera quite a bit.