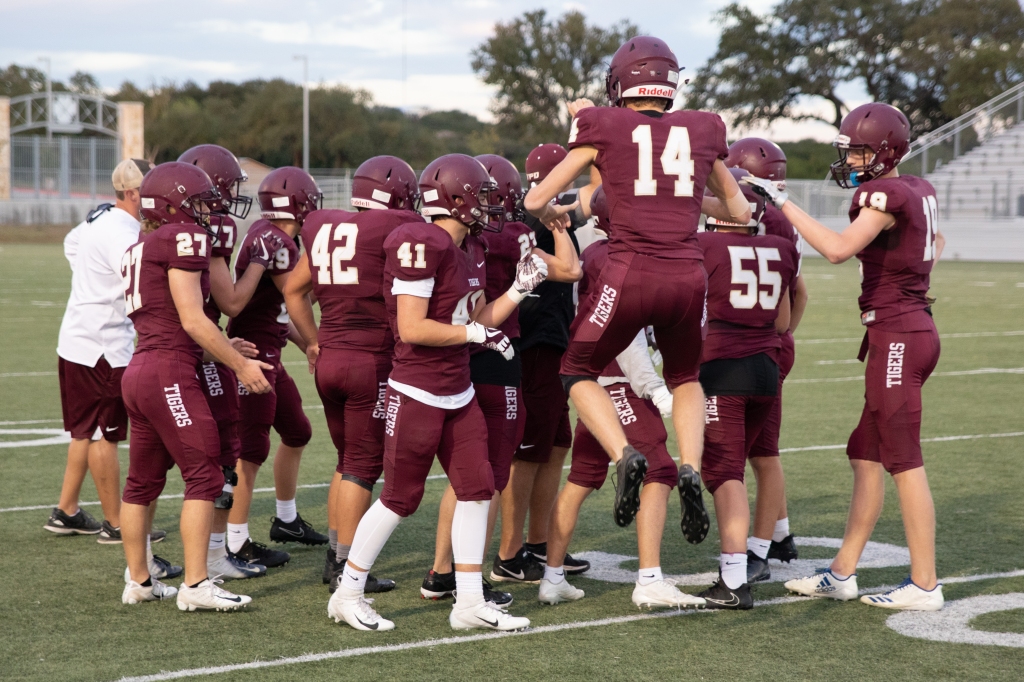 I know this is not the ideal sports camera, and I don’t think it was ever intended to be, but I wanted to test the Canon EOS R to see how it compared with my other cameras for sports. I normally shoot with a Canon 5D Mark IV and a 5D Mark III. I’m not a heavy hitter when it comes to sports photography, and I don’t make a lot of money doing it, so I can’t afford to get a 1DX or anything like that – although it would be nice for high speed shooting (the kind of thing photographers dream about). I like the resolution I can get with my 5D bodies, and I use them for a lot more than just sports, so they are the best fit for me right now.

The things I’m interested in testing are how well focus will work on moving objects – in this case, high school football players, and how it works for shooting bursts of 4 or 5 frames at a time. I don’t usually shoot with a 300mm – I tend to like to be closer to the action, and shoot with my 70-200mm while moving along the sidelines. For parts of a game I may shoot with a 300mm, but I tend to get better results with my shorter lens. I’m interested in seeing how the digital viewfinder works, and if I like it as much as my DSLRs, and a traditional optical viewfinder.

I guess my fear is that the mirrorless camera is just not going to be quite as fast, quite as responsive to operate as my DSLRs. When I grab the camera, and put it to my eye, there is a delay for the digital viewfinder to come on. It’s only a second or fraction of a second, but when you’re expecting to see something through the viewfinder instantly, the delay is not only annoying, but can cause you to miss a shot. With my DSLRs, there is a slight delay for the meter to engage when I first touch the shutter button (which I can do before my camera gets to my eye), but I see my image instantly – because I’m just looking through glass, not waiting for the display to turn on. I’m getting used to the delay for normal shooting, but when I’m at a game, I’m not sure that won’t be annoying, or worse. The other thing that I need from a sports camera is higher frames per second when shooting bursts. The EOS R only gets about 5 fps right now (they claim 8, but that’s only in non-servo focusing mode – and I need servo focusing for action). The 5D Mark IV can get higher – and the 1DX models are definitely higher. So, I’ll be looking for increases in fps for sure in future updates/new models.

Last night I attended a local high school football game – and have some actual hands on thoughts now. My first thought is a positive one – the focusing and tracking with the EOS R is as good as, and maybe better than, my EOS 5D Mark IV. I was hoping it would be, and was pleasantly surprised. I really love the larger coverage of the focusing area within the viewfinder. It is sometimes annoying that my 5D Mark IV doesn’t allow focus points all the way to the edge of the viewfinder. The EOS R coverage in the viewfinder is much better, and a welcome change. My second thought is that this camera, overall, is not as good for sports as my 5D Mark IV – which is what I thought, and what I’ve read, but wanted to see and experience for myself (I’m stubborn like that).

I’m including a few photos from the game to show some of the results from the EOS R – but here’s the thing, when I’m shooting action, I need the camera to be ready and able to shoot instantly. The EOS R will take some time to get used to because it’s not ready when I put it to my eye to catch a shot. When I put it to my eye – I’m seeing blackness. Blackness is not good. After a second, the image displays, and I’m ready to shoot. Once I’m shooting, I can shoot bursts (it handles bursts real well) and when I let my finger up, I see the last photo taken in my viewfinder – and image review instead of looking at the back. This is nice sometimes, but sometimes not. I can go back to live viewing by touching the shutter. Not a big deal, but this is the kind of thing you need to experience (or at least I do) before knowing how it feels/works in practice.

Take a look at my photos below. All were shot at ISO 800, except the one with the lights on, which was ISO 1600. Image quality is pretty nice. I was impressed with the sharpness/focus of the action shots – at least as good as the 5D Mark IV and maybe better tracking. But a number of shots don’t exist due to me not being able to shoot fast enough with this camera. Once I had an image in the viewfinder, burst shooting and focus tracking worked great. 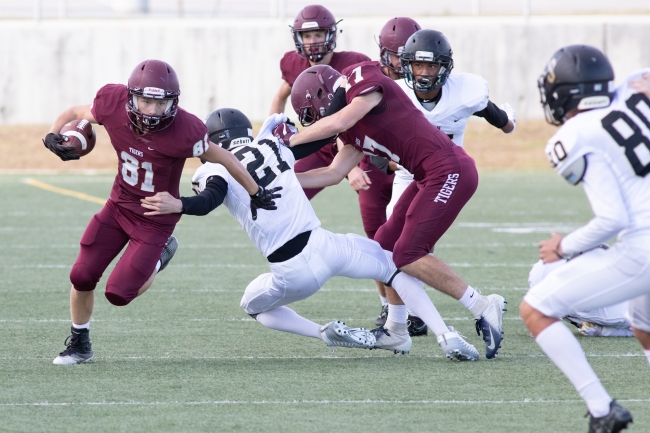 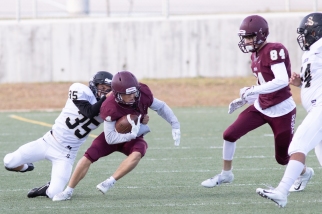 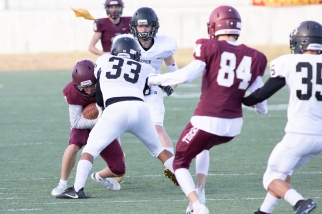 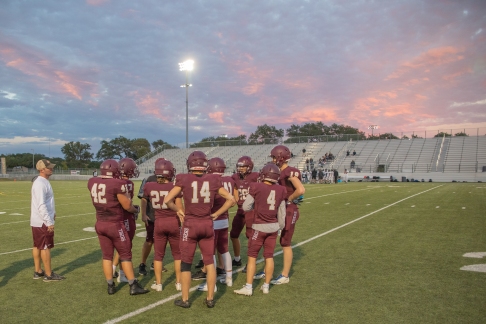 So, I’m going to continue to test/use this camera for sports (and other things) – but I’ll be eagerly awaiting Canon’s next full frame mirrorless body – hopefully, a more robust entry – one that can truly match the speed of the 5D Mark IV and 1DX type bodies. So as far as image quality and focus tracking, I think this body is good. As far an instant on viewfinder, faster image capture speed (at least 10 fps in servo mode would be great), and other shortcomings (like only having a single card slot) I’ll be waiting a little longer.

Those are my thoughts, and some feedback from shooting an actual game. I’d love to hear your thoughts and ideas as well.