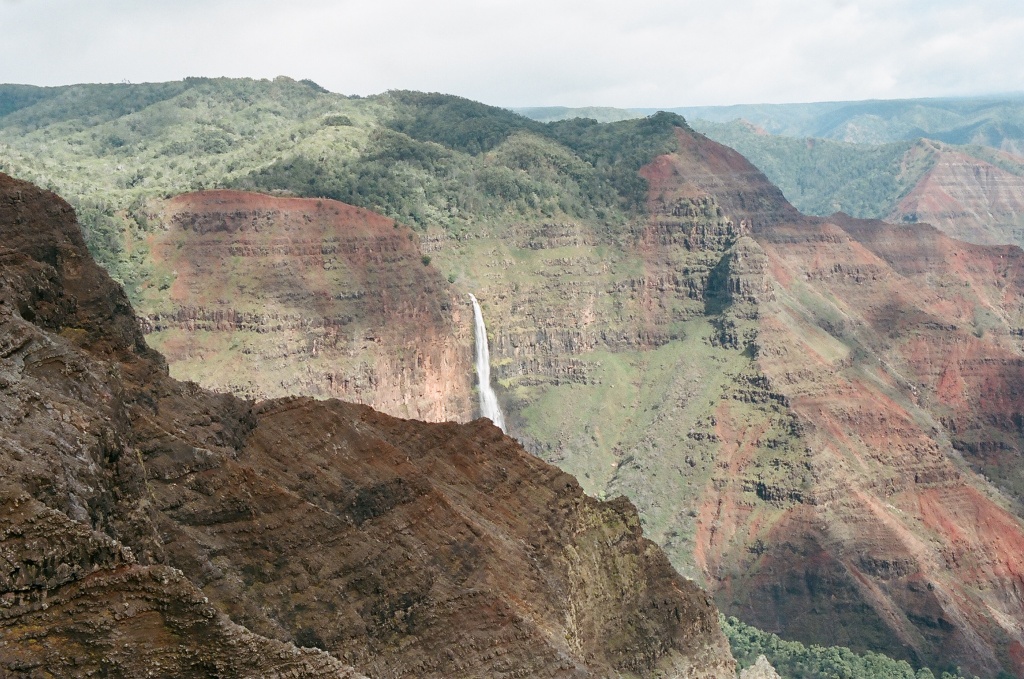 Last week, I travelled to Hawaii for a holiday. I was torn about what film camera to bring – so I decided I can’t just bring one. Besides, how could I leave home without some toys?

I decided to take 2 film cameras – my Olympus OM-4T with 24mm f2.8 lens, and my Nikon FM2 with 50mm f1.4 lens. This will make my days fun – and I can alternate days to see which one I enjoy shooting with more. I will probably shoot a combination of Portra 400 and 160, since I mostly use my film cameras in daylight.

I like the technology in my OM-4T, but the FM2 will work without batteries… something that might come in handy – since batteries in these old cameras can die at any time (usually when I don’t have spares handy) and I always carry my Sekonic Studio Deluxe meter with me.

My first impression is that I really liked using the FM2, I just wish it had an auto exposure mode – that would make it almost the perfect SLR (stay tuned for a future post on this very topic).

Here are some images from a recent trip to Hawaii. I love these islands, but they’ve changed over the years, and don’t seem as “unspoiled” as they were when I first visited over 25 years ago. Still a great place to visit, but I’m not sure I’d ever want to live there.

This first block is images taken with the Nikon FM2, and Kodak Portra 400 film.

The next block contains photos taken with my Olympus OM-4T, and Kodak Portra 160 film.

I really like the technical features of the OM-4T, except that it requires batteries.

One feature the Olympus OM-4T has that no other camera really has is TTL OTF metering during all exposures (other cameras have adopted the OTF metering method for flash, but not during normal, non-flash use). This is evident if you click the shutter release with the lens cap on while in auto mode. Normally, you would be in for an extremely long exposure. With the OM-4T, and any OM camera starting with the OM-2, if you do this and then remove the lens cap, the shutter closes. This happens because the meter remains active and functioning during your exposure, and measures light reflected off the film (thus the name, OTF). With the Nikon FM2 and others, the exposure is fixed when you click the shutter release and the mirror goes up, and it doesn’t change. Interesting technology tidbit – not sure if this feature is ever useful. I suppose if I take a photo in a dimly lit room, one that requires several seconds, and someone turns a light on, I would be covered with the OM-4T, and my shutter would instantly close – in theory, before my image was overexposed… not sure I’ve ever had that happen to me. I’ve always been fascinated by tech like that – more for the concept than any practical, real-world use.

I’m glad I took my film camera(s) with me to Hawaii. Next time I travel though, one film camera will be enough. Going through airports these days gets complicated with too much tech/electronics because they sometimes want it all out, and that becomes tedious. And they always want to know what’s inside my lead lined film bag!