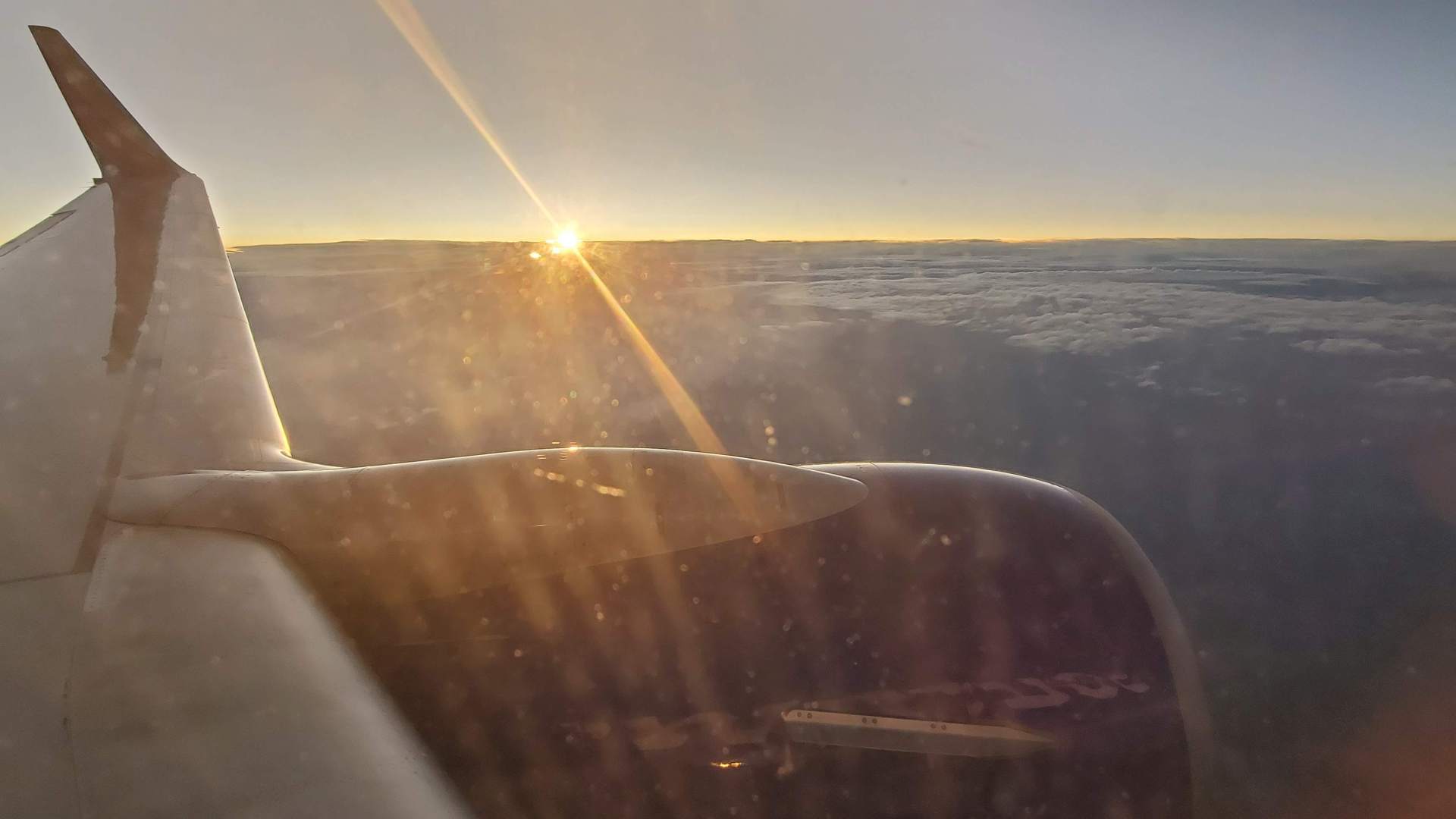 I have to travel to Chicago every couple months. It’s just what I need to do since I live in Austin, and most of the team I work with is in our Chicago office.

When I go, I’ve been taking a film camera instead of my digital equipment. I use my phone camera on the plane, and my film camera when I’m walking around. I like having a camera with me, even when I don’t have a camera with me – if you know what I mean.

Here are some of the phone photos I took from the plane on my most recent trip.

I have fun taking photos out the window – and watching the map on my phone so I can follow the plane’s progress. I especially love trying to get photos of Chicago at night. My phone has a night mode. Next time I’ll have to try it to see if it’s any better.

Maybe I’ll post some of photos from my film camera in a separate post. They told me at the airport that the X-Ray machine wouldn’t harm my film, as long as it wasn’t 800 ISO or higher, so I put my camera through with film in it. We’ll see if they’re telling the truth or not.

View all posts by Vince Curletta