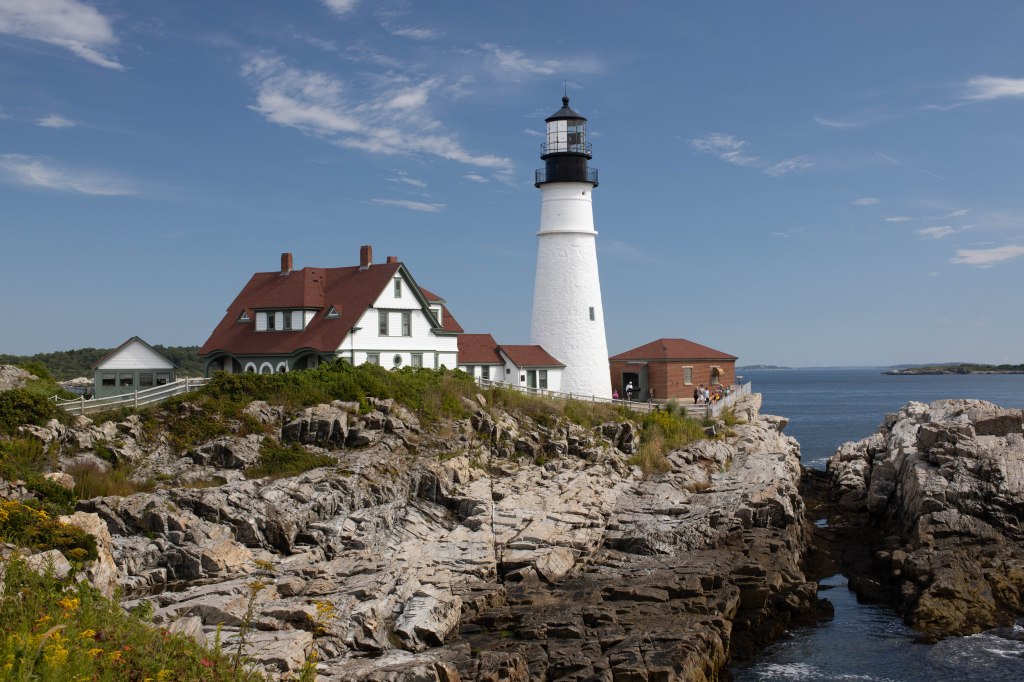 This is a famous saying in the US state of Maine. I was thinking about this today – as I captured some images on my phone, then synced my Google Photos images to the cloud, then downloaded them to my computer to use them in an email I was creating and sending from there.

As most of you know, I collect old camera equipment, and I’ve also been working in the IT world for nearly 40 years… so, I’ve seen quite a few changes in my, relatively short, lifetime. One of the biggest challenges for people working with technology – and for those inventing technology – revolves around interfacing, and compatibility. It’s been my rule of thumb that it’s generally a good idea, when creating something, to make sure it’s compatible with existing stuff. I only wish more people cared about this!

This week I’ve had the privilege to spend some time in the state of Maine, where the phrase in my title (according to some) originated. Here’s a few of my photos from Maine. Some are captured on film, scanned to digital images, stored on my hard drive, and shared here – others were digital from the start. Both processes probably ensuring that future generations of people will have no clue that these photos even existed – unless they unearth my original negatives in some archaeological dig trying to discover how ancient peoples communicated. They will undoubtedly conclude that humans in 2019 were primitive, but we somehow figured out how to store our crude images on clear plastic strips about 8 inches long… in a strange, reversed light and dark, format. Enjoy some of my Maine photos! And if you invent any new technology, try not to obsolesce any of our current technology – unless absolutely necessary.

Digitally Captured Images (Samsung Galaxy S10+ on the flight back)

It’s fun to see the film photos right next to the digital ones. There is a difference in the color. Maybe partly due to the lens, and partly due to the film. If you ever have a chance to visit Maine, I’m sure you’ll enjoy it. It’s beautiful.