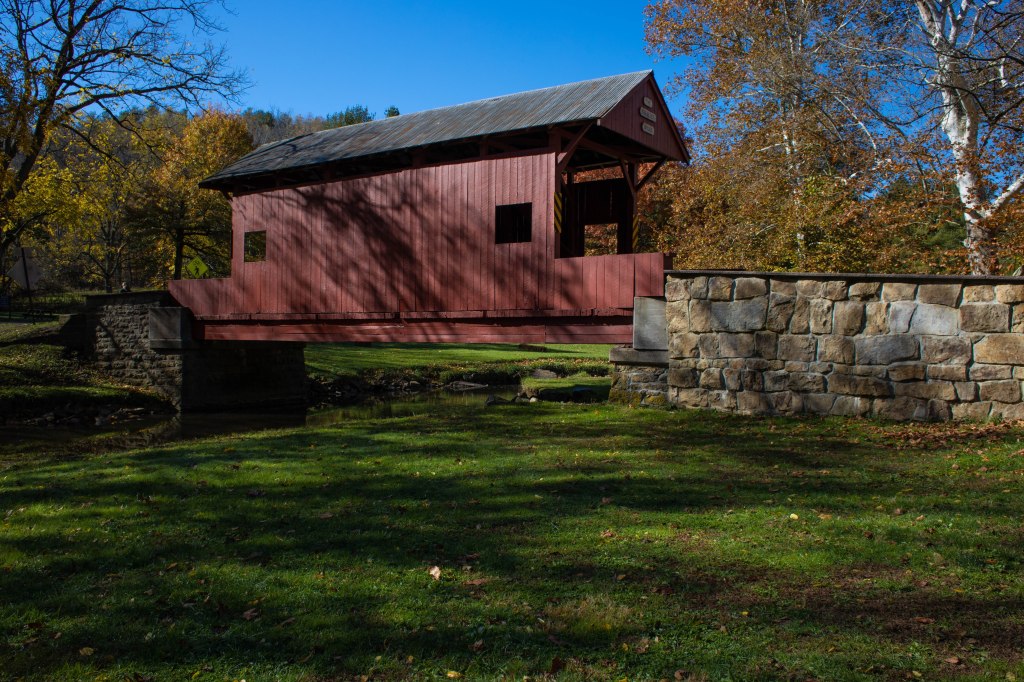 This weekend wasn’t a fun trip to Pittsburgh, but it was good to see family and friends we haven’t seen for a while. We went to attend a funeral.

After all the formalities were done, my wife spent a little time with her brother, and I took the opportunity to visit a park I hadn’t been to in over 40 years. I had, at one time, travelled around Washington County, Pennsylvania, looking for covered bridges to photograph.

Here’s an image of the same bridge this weekend. I should have tried to duplicate the exact angle, but the stream and the lighting were so inviting, I couldn’t resist photographing close to the water.

Today’s image is from along Mingo Creek instead of from the road, but you can see the same grouping of trees from my earlier photo.

Here’s another image a bit closer.

This park (Mingo Creek County Park) actually has 2 covered bridges. The other is the Ebenezer Bridge which was moved into the park in 1977, so it may not have been here when I took my early photo of Henry Bridge.

Here’s some photos of Ebenezer Bridge.

Here’s a photo of fall leaves along Mingo Creek.

It was beautiful to see fall colors, but not as fun as most of our trips.